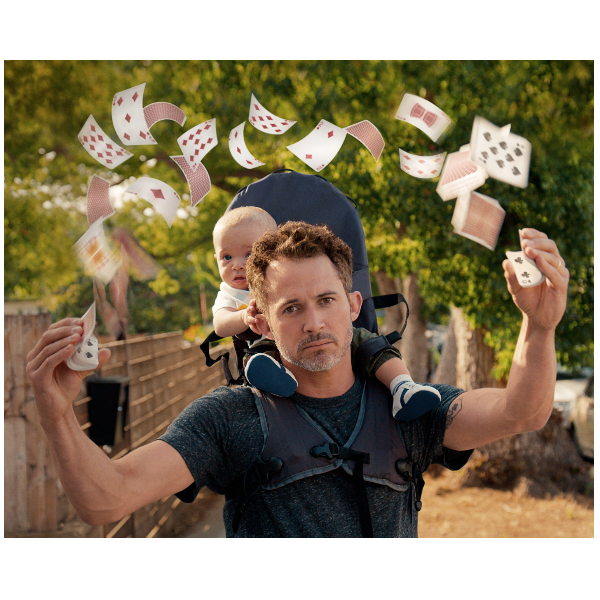 Justin is the star and creator of the hit Netflix original series Magic for Humans. He's a regular guest on The Tonight Show, Ellen, and Conan. His online videos have logged over a 100 million views. And one time he performed at the White House for the Obama family.

The L.A. Times calls him, "A new breed of comic who's making magic cool again for grown-ups. " Playboy dubbed him, "The freshest and funniest magician working today." Time Out says his live show, "Has to be seen to be disbelieved."

Justin was born in St. Louis, lives in Los Angeles, and does not own a rabbit.

NEED A RESERVED TABLE FOR YOUR ENTIRE PARTY? Call The Box Office And Ask How You Can Fly First Class And Upgrade To Reserved Seating!

SPECIAL OCCASION? Groups Of 20+ Are Eligible For Exclusive Food & Beverage Packages That Also Include Guaranteed Reserved Seating! For more information, click the GROUPS TAB at the top of the page!

DO NOT PURCHASE TICKETS FROM ANYONE OR ANY OTHER SITE OTHER THAN CBLIVE.COM

TICKET RESALE IS STRICTLY PROHIBITED, YOUR NAME, CREDIT CARD, ADDRESS, AND EMAIL ADDRESS WILL BE VERIFIED

Magician/Comedian and recent Critics’ Choice nominee Justin Willman has cemented himself as one of today’s most prolific entertainers.

In 2018, Willman premiered his six-episode magic series on Netflix entitled Magic For Humans with Justin Willman. In the series, Willman brings his skills as a magician to the strange and misunderstood subcultures of America, while incorporating his disarming demeanor into street magic and social experiments that will boggle the mind.

Upon premiering, the show instantly became one of the most streamed shows on Netflix with clips from the show garnering over 150 million views to date across social media, even sparking a viral meme [linkprotect.cudasvc.com].

Indiewire called Willman the “perfect magician/hybrid prototype with incredible comedic timing,” and Rotten Tomatoes currently has the show listed at an 75% audience approval. Magic For Humans is currently streaming seasons 1-3 on Netflix.

In 2018, Willman had a residency aptly called “The Magic Show [linkprotect.cudasvc.com]” at the historic and swanky Roosevelt Hotel in Los Angeles. The Magic Show was an intimate performance in a hidden, unmarked theater inside the hotel and upon announcing the show, all shows sold-out almost immediately, well also attracting many of Hollywood’s most well-known names.

The L.A. Times exclaimed that Willman is, "A new breed of magician who's making magic cool again for grown-ups." Playboy Magazine dubbed him, "The freshest and funniest magician working today," and Time Out hailed that his show, "Has to be seen to be disbelieved.”

In March 2020 as Covid spread across the globe,Willman debuted MAGIC FOR HUMANS @HOME, a virtual paid zoom show, which has since garnered an audience of over 500,000 people from around the world watching from the comfort of their living rooms.

His goal was to take everything fans love about his Netflix show and pack it into a hilarious hourof mind-blowing magic and mind reading. The show is highly produced, and features magic interaction with families throughout the show.

Prior to Magic for Humans, Willman was known for his multiple appearances on The Tonight Show, Ellen and Conan. He also performed live at the White House for the Obama Family as well. His debut comedy/magic special Sleight of Mouth premiered on Comedy Central in 2015 to rave reviews.

Willman is also a consultant & writer for film/television productions like America's Got Talent, The Goldbergs and Disney's feature film Magic Camp.

Justin was born in St. Louis, lives in Los Angeles, and does not own a rabbit.

“Filled with magic tricks that will amaze, delight, and shock you in a way that’s sure to have your face sore from smiling.” -Decider

“His live show is a MUST SEE.” -Time Out

“A master of comedy and psychological manipulation…able to move his fans and skeptics on an emotional level.” -Digital Journal

“Willman's brand of magic is peppered with humor, designed to bring people together.” -TV Guide